Dr Leonard Horowitz in his book Emerging Viruses traces a history of AIDS not found in the popular press. [256]

In the early 1990s, Horowitz was sent by a large medical supplies company to investigate the bizarre case of Dr. David Acer, a Florida dentist. Acer, an AIDS victim, was said to have infected six of his patients with AIDS, perhaps intentionally, in the style of a serial killer. Horowitz was sent to check on the validity of these claims.

Acer was angry because he believed:

– after the AIDS virus had been developed, it was intentionally deployed into test populations in Africa, New York, and San Francisco, both in humans and in monkeys

At first Horowitz wanted to prove that all this was some kind of conspiracy fantasy, but the more research he did, the more he found that corroborated Acer’s charges.

Horowitz found the 1988 videotape known as The Strecker Memorandum – a three-hour video by Robert Strecker, MD, PhD. [257] Strecker corroborated what Acer had claimed – that the AIDS virus had been requested, ordered, invented, and finally ‘deployed’ into the population, by government agencies together with big drug interests. Strecker’s reports were not only ignored, they were completely suppressed, by the very people who had hired him to find the truth, and then by all the media.

Strecker unearthed a 1970 document, later verified by Horowitz, wherein the Department of Defense provided $10 million to US government scientists to develop a “synthetic biological agent” from which there could be no natural immunity. (Horowitz, p.14) [256]

Strecker: “In 1972 the [World Health Organization] said, let’s make a T-cell destroyer… The same year, they said let’s test it, and then let’s inject it. And then they published their test sites which is a map of Africa…that corresponds exactly to the outbreak of AIDS.” (Horowitz, p.99) “AIDS …was constructed”
– Strecker Memorandum [257]

In Volume 47 of the Bulletin of The World Health Organization, pages 257 through 274 (1972) , we find A. C. Allison with others including WHO officials and an NIH bureaucrat recommend at page 259:(6)

(2) The effects of virus infection on different cell types (e.g., macrophages, T and B lymphocytes) should be studied in greater detail with morphological changes perhaps serving as an indication of functional alteration. Since differences in terminology often make it difficult to assess reports of pathological changes in lymphoid tissue, all modifications of the lymphoid organs should be described according to standardized criteria. Efforts at standardization are currently being supported by the World Health Organization.

(3): An attempt should be made to ascertain whether viruses can in fact exert selective effects on immune function, e.g., by depressing 7S vs 19S antibody, or, by affecting T cell function as opposed to B cell function (Allison et.. al., 1972). The possibility should also be looked into that the immune response to the virus itself may be impaired if the infecting virus damages more or less selectively the cells responding to the viral antigens.

Thus, AIDS today is the disease the possibility of which was “to be looked into” in 1972, because in AIDS the immune response to the virus is impaired when a portion of the cells responding to the viral antigens are the infected cells which are killed, “lysed” in virologists terms, by the viral antigen. (38)LET THERE BE NO QUESTION THAT INFECTION WAS INTENDED BECAUSE A PART OF THE STUDY WAS TO BE THE TIME RELATIONSHIP BETWEEN INFECTION AND ANTIGEN ADMINISTRATION.

How was the study to be conducted in humans? The Fogerty International Center Proceedings No. 15 published in Federation Proceedings, Vol. 31, No. 3, May-June 1972, reports the proceedings of a workshop held at the National Institute of Health, Bethesda, Maryland, July 27-30, 1970. (7) The committee for the conference was sponsored by the John E. Fogerty International Center for Advanced Study in the Health Sciences and the World Health Organization. At that conference in a Histocompatibility workshop, D. B. Amos of Duke University with other allegedly independent scientists and bureaucrats, who in fact were and are dependent upon United States Government grants to further their research, suggested at page 1102:

“In relation to the immune response, a number of useful experimental approaches can be visualized. One would be a study of the relationship of HL-A type to the immune response, both humoral and cellular, to well defined bacteria and viral antigens during preventive vaccinations. This approach would be particularly informative when applied to sibships.”

I assume by “well defined” they meant well known. I further assume that by “sibships” they meant children of the same parents.

Therefore, it is clear that WHO and the NIH decided in 1970 to inject known virus and bacteria into children of the same parents during allegedly preventive vaccinations to study HL-A type. Then in 1972, the WHO Bulletin changed the study to a study of virus which cause a depression in immune function. I repeat, LET THERE BE NO QUESTION THAT INFECTION WAS INTENDED BECAUSE A PART OF THE STUDY WAS TO BE THE TIME RELATIONSHIP BETWEEN INFECTION AND ANTIGEN ADMINISTRATION.

All their planning would be worthless without willing bodies to do the work. The evidence of the bodies is provided by the Seventh National Cancer Conference Proceedings, sponsored by the American Cancer Society, Inc., and the United States National Cancer Institute, published by the J. B. Lippencott Company, Philadelphia and Toronto 1972. (8) It contains the report on epidemiology by John Higginson, M.D., director of the International Agency for Research on Cancer, Lyon, France, and a map on page 681 indicating the world wide distribution of that agency’s programs. It is important that we remember that the date of the map is 1972, as we read the words of Doctor Higginson at page 680:

“… The complex biology of cancer makes it essential to approach observational studies in man with the same technical sophistication that characterizes animal experimentation. Thus, the Governing and Scientific Councils decided that the Agency’s epidemiological studies should be fully integrated with recent developments in laboratory research and that a multidisciplinary team approach was essential to insure that the Agency would make full use of its unique international situation. The mere collection of numerical data – “nose-counting” – is of no value per se, and descriptive epidemiology is only one of many disciplines concerned in the study of cancer causation. (Emphasis added)

Of course, descriptive epidemiology is merely the collection and analysis of numerical data. On the other hand the “technical sophistication that characterizes animal experimentation” involves the inoculation of disease into the research animals.

All we need to do to see the relationship between the “Governing and Scientific Councils,” inoculation of disease, the AIDS virus, and its related Retroviruses is pincil in the homosexual cohorts from the Hepatitis B vaccine study reported in the Annals of Internal Medicine, Vol. 97, No. 3, (1982) pages 362-369, (31) on the map on page 681 of the Seventh National Conference Proceedings, (8) and we have marked the Retroviruses concentrations of the world as now known. The St. Louis and Chicago cohorts of the Hepatitis B Studies may have served as controls or got a dose of a slower acting cancer inducer like HTLV-I or HTLV-II. Robert C. Gallo and Flossie Wong-Stall reproduced the map for us at page 396 of their attack, “Human T-Lymphotropic Retroviruses”, Nature, Vol. 317, October 3, 1985. (32) (maps enclosed) 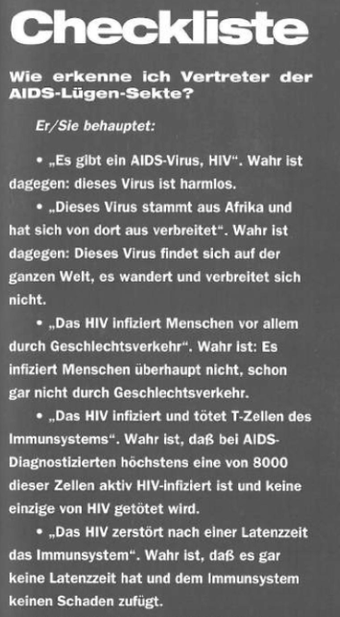 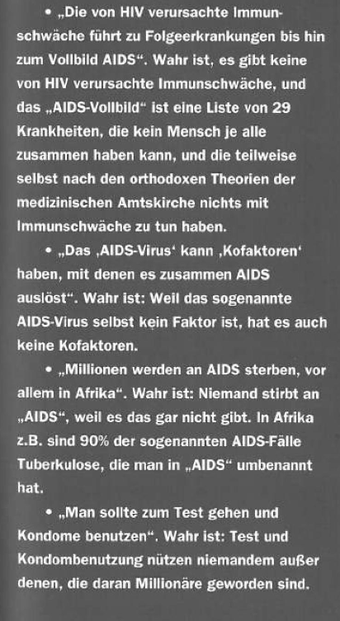 From the abstract:
Our study describes and examines rules of confirmation used by supporters of the theory that HIV causes AIDS…

We describe the different versions of history constructed by various participants in the debate to validate their current constructions and definitions of the disease AIDS. Finally, we discuss the politics behind disease definitions and the consequences of different definitions.

Joan H.Fujimura and Danny Y.Chou:
Dissent in science: Styles of scientific practice and the controversy over the cause of AIDS.
Social Science & Medicine, Volume 38, Issue 8, April 1994, Pages 1017-1036 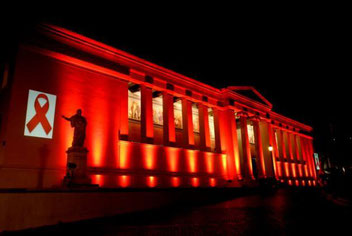 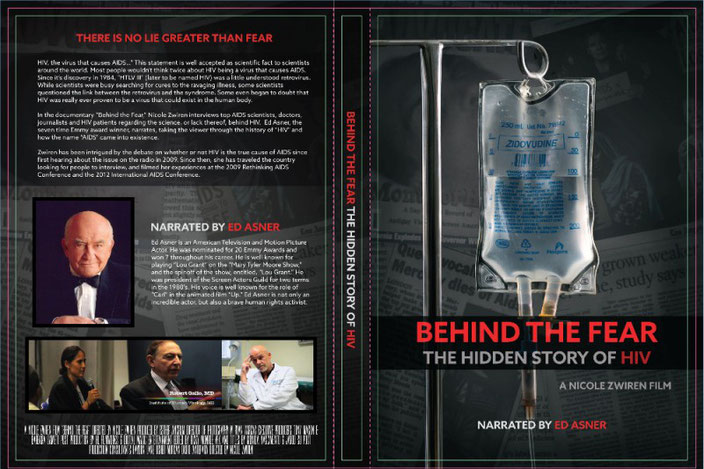 “All HIV tests are an assumption, made by clinicians, but not direct proof. A direct, reliable method would be to culture the virus from blood or other body tissue.  However, this has never been accomplished.”

“None of the 39 HIV-related diagnostic tests or devices currently approved by the FDA claim to confirm the actual presence of HIV in any sample with any degree of accuracy.”

“In fact there is no test for HIV. It’s just an illusion.”

– Rodney Richards, Ph.D., the Amgen senior chemist who designed the first HIV test in 1985. Quote from this 2014 article: